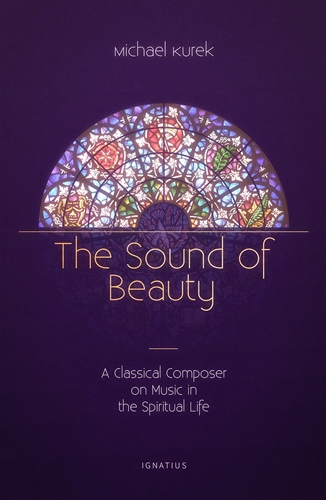 The Sound of Beauty

Music remains something of a mystery to many people—ephemeral sounds floating invisibly through the air—here, and then gone. This book begins with the basic question of what music actually is, scientifically, employing…

Music remains something of a mystery to many people—ephemeral sounds floating invisibly through the air—here, and then gone. This book begins with the basic question of what music actually is, scientifically, employing simple, clear explanations of wave theory and the acoustics of sound as part of God’s natural creation. It presents accessible and fascinating explanations of some theories of the psychology of perception of music, how music speaks to the mind, emotions, and spirit. Some of these concepts have rarely been addressed outside the ivory tower and even more rarely been seen through the lens of Catholic theology.

Moving from music and the individual to music in the culture and the Church, the author addresses numerous issues in the context of Catholic thought, including:

This is a kind of “layman’s handbook,” a comprehensive theology of all things music, which anyone can understand, written by an internationally respected classical composer and music professor at a top secular university who is also a faithful Catholic. It sheds light on the mysteries of music and furthers the spiritual formation regarding music for Catholics of many ages and walks of life.

It is groundbreaking in its comprehensive and holistic treatment of music from a Catholic perspective, and particularly timely in advocating for the renewal of the norms for music in liturgy found in the documents of Vatican II. It also presents one of the most penetrating critical examinations to be found of contemporary classical music, from an insider.

Michael Kurek’s classical compositions have been performed on five continents. His numerous awards include the prestigious Academy Award in Music from the American Academy of Arts and Letters. His 2017 album, The Sea Knows, debuted at No. 1 on Billboard’s Traditional Classical chart. Holding his doctorate in composition from the University of Michigan, he serves on the faculty of Vanderbilt University.